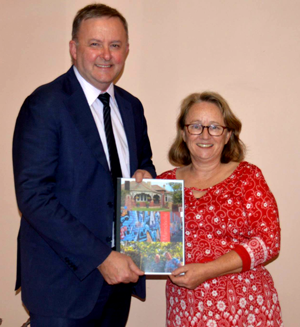 Federal MP, Anthony Albanese MP helped launched a new study of the character and heritage of Marrickville at a well attended meeting held at the Atlas Community Centre on 6 July 2018. Read it here.

The document was produced by resident group Save Marrickville in its campaign to protect the character of Marrickville from massive overdevelopment. More photos on our Facebook page.

Check out Kelsie's presentation slides from the event.